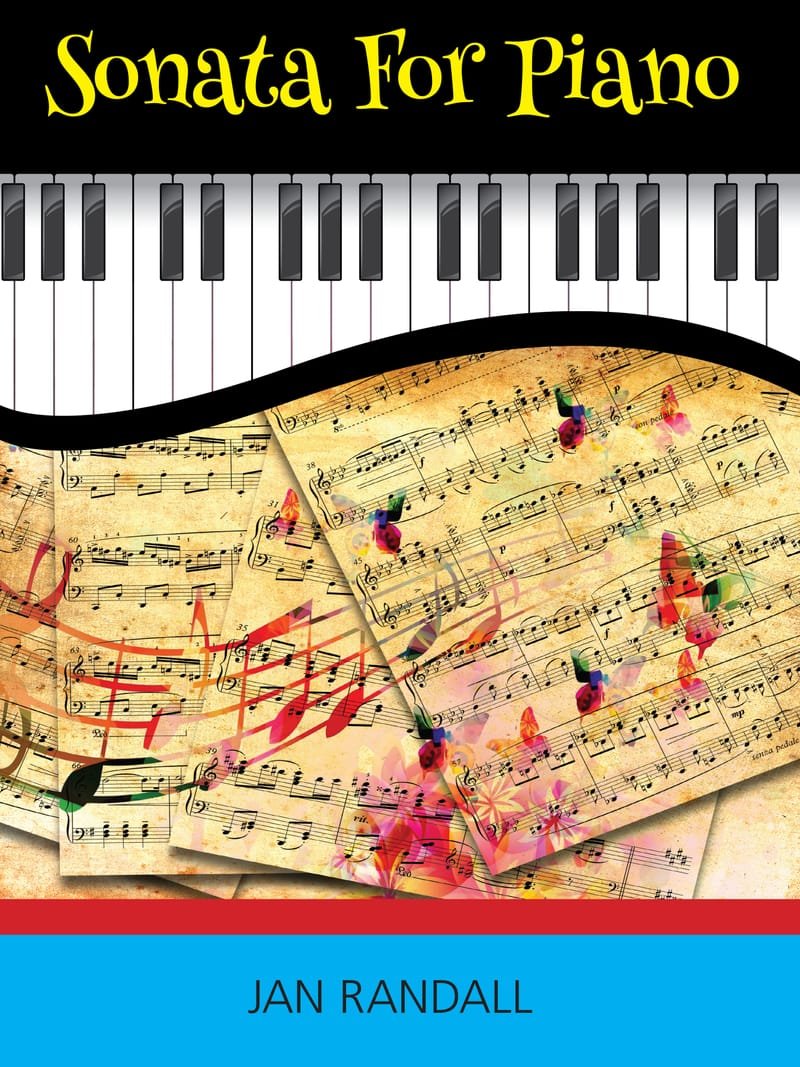 Advanced level original piano solo composed by Jan Randall. The blue i "info" button reveals the contents with videos that let you hear the music and see samples of the scores!

This music was inspired by some of the great sonata composers of the 19th century and adheres to the musical principals set out in those works. It requires advanced piano technique and adheres to the idea of memorable melodies connected to each other telling a story in a language of notes, rhythms and chords.

The traditional sonata-allegro form. First theme combines hints of Beethoven and Brahms leading to a a second theme with nods to Haydn and Mozart. The arpeggios and canonic elements in the Development lead to a Recapitulation that is faithful to the Exposition except that it is in a new key, hopefully an interesting surprise to listeners sensitive to such things.

Opens with a Satie style love theme followed by a series of variations one of which hints of the final movement to come and climaxes with this theme set to a recognizable dramatic chord progression from the first movement.

A lively Rondo drawn in part from melodic motifs found in the first movement and inspired by the works of Johannes Brahms.